You are here: Home / Blog / How to avoid a social media storm 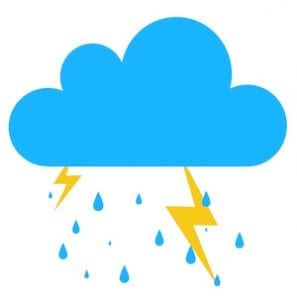 I recently watched a conversation unfold on Facebook that could easily be the end of a business. In this conversation, a bride-to-be asked a question in a Facebook wedding group. It would be very easy to interpret her question as being about something she wasn’t happy with but, to her credit, when another group member asked her to name the wedding venue she had questions about, she refused to do so.

Shortly after that, the wedding organiser/owner for that venue replied to the question saying everything was in line with their terms and conditions, and that the conversation was being forwarded to their solicitor.

From there, it all sort of blew up and, at one point, it appears the venue ended up revealing contract details on social media like the full price of the wedding and the number of people who had been invited.

I don’t know the specifics of the relationship between the bride and the venue; no idea whether it’s been rocky in the past, or whether there are details or mitigating circumstances that would explain what has happened, but from the viewpoint of an outsider the whole thing has been a mess. Long story short, that venue now has over 2,000 negative reviews on Facebook and is at the centre of a social media storm.

It did get me thinking though; how, when it appears you are being criticised on social media, can you avoid causing a huge storm? Here are some pointers that might be helpful.

The first thing you should do is take a deep breath, and then nothing. Don’t bash out a response in anger; you’ll more than likely end up saying something you regret. It may be infuriating to see a negative review on your Facebook page, or someone tweeting about your business in a less than favourable light, and very tempting to fire off a quick response, but it will pay dividends if you just pause and think about it for a while.

I have, more than once, wanted to ping off an email or message to someone because it seemed that a quick response was required only to find that my thinking changed dramatically with even a short chance to think it through.

Do you need to respond at all?

Again, this is written from the perspective of an outside observer and I claim no special knowledge, but it appears that in the situation I mentioned above nobody knew what venue the bride was talking about until the owner commented. It seems to me that, if the owner had chosen not to respond on Facebook, nobody would have been any the wiser.

Another possibility is that, on reflection, you decide that a response just isn’t necessary. Maybe the criticism you want to respond to is so obviously false that you can rely on the common sense of your audience to realise that for themselves.

If you must respond, is a public forum appropriate?

If someone is asking a question, they expect an answer, but even if the question is asked publicly a public response is not always the best approach to take. It can be helpful to make it clear to everyone else that you are responding, so it might be best to just leave a comment saying, “I’ll private message you” or “I’ll drop you an email”, but then carry out the rest of the conversation in private.

Sometimes a public response is just fine; after all, if one person has a question there may be others, or you may want to publicly show that you are receiving and dealing with comments appropriately. Other times, however, it’s just not appropriate.

If you need to discuss contract matters, personalised prices (your general price list should be public), or if you think the conversation may turn personal, do it in private.

Always, always assume that what you write will go global

Social Media has a wonderful ability to spread a message far and wide. It’s why marketers love it, and why it can be so dangerous. A badly worded message or a poorly thought out status can spread just as fast as your best marketing message.

Take the incident that inspired this very post. A copy of the conversation has now been shared 29,000 times! It’s reached round the world, gathering comments from Abu Dhabi and Australia as well as from closer to home.

The negative reviews now being posted to the venue’s Facebook page are also coming in from round the globe, which is just scary!

That’s why you must be careful what you write on Social Media. You might think that you’re only writing to a small audience, but you never know when something will go viral.

Social Media can be incredibly powerful for spreading a message… positive or negative. You will receive criticism, or perceive criticism, from time to time but how you respond to that can make a huge difference to how things play out. So my advice is this:

Don’t be scared of Social Media, but do treat it carefully.

Looking for more articles like this? Email newsletter subscribers get to see new articles before they are posted on the site. If you want to see them first, sign up here.

This site uses Akismet to reduce spam. Learn how your comment data is processed.